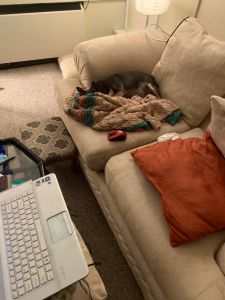 (not my “meditation cushion”) in the living room, on the left side of the love seat (not Panchita’s right side) 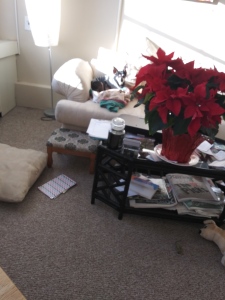 , which she may come out and occupy at any time of the night that she wakes up and discovers me no longer in the bed).

Voice 1: “No, not this post – not now.  You are planning to publicly ‘release’ this blog today – a whole long day with nothing else scheduled.  You have been handing out your wonderful new business cards – with that great picture of you, so full of yourself at your birthday party, poems in hand that you are about to so excitedly read to your friends, wearing your fabulous “Resist” shirt (now so long lost – how? I ask).

“You can’t afford to have this post on top when (hopefully) a bunch of people open this blog for the first time.  It’s way too hot – way too explicitly sexual.  People will think you have become a sex fiend – that this whole blog is going to be about sex.”

Voice 2: “I thought that we had – after some pretty intense inner dialogue – reached an agreement that you would not let your analytical mind pick and choose which posts to publish when.  No trying to manipulate people’s responses to the blog by strategizing which posts they should see, in which order.

“You wanted to first let them see the post with ‘mother-fucker’ in the title – for the shock effect, for the liberation of it all, to let them know that you have not become some kind of saint now that you have woken up.

“Then, when that pretty mystical post pushed it’s way up through your unconscious very early in the morning two days ago, you resisted it because it so thoroughly outs you as a mystic.  ‘Who the hell is he?” they will say.  ‘He’s a regular shlub like the rest of us. Now he’s going to start claiming to have some inside track to God?’ You got over that and surrendered to the obvious truth that this was what Spirit wanted you to impart that day.

“Then, yesterday – when your plans to ‘release’ the blog were dragging out longer than you expected, and despite you now having ‘planned’ two different posts to be the lead when people opened the blog the first time – in your very long, very hot shower, as you were just starting to surface from your very painful stupor from having seven hours sleep, which you know is way too much for you these days.. you had this new post come through, which announced itself when you heard yourself scream out loud in the shower,

‘Don’t censor, asshole! Write what wants to be written! Give them what’s hot that very day! Don’t try to mentally figure out what they should see the first day they open the blog – or any other day.  If you start trying to manipulate yourself or your readers, then you have lost the thread – you are no longer living out your true gifts of spontaneity and gritty realness, you are abandoning what got you here, you are basically fucked!” 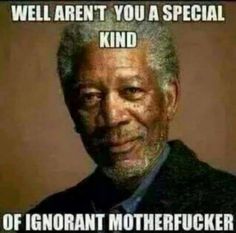 Voice 2 – and now this is absolutely what is coming through at this very moment – at 12:14, with a huge sigh, with words that have not yet formed themselves in my mind, but which I know are about to come…let’s get quiet and see what they are going to be…they are getting ready to come…back off, back off…don’t force them out…get quiet, surrender…don’t do – let them come only when they are ready to come…yes…yes – here they come:

“You are! That’s it! You are not sexual any more or less than you are anything else.  You are meant to reclaim sexuality in this blog – along with mysticism and humor and coarseness and anger and aggression and so much else – because, after all this time and all this development in our society, American life is still almost hopelessly puritanical.  You have spent most of your 73-year old life yourself totally screwed-up about sex.  Now, since June 26th, you have all this crystal clarity about sex and all this new-found sexual power flowing through you.  So you now are going to choose to leave that out? To hold it off until a better time?  To resist letting it come?  You are an amazing fool!  You are looking this gift horse right in the fucking mouth!”

All of this dialogue has flowed oout as fast as I can possibly type it – which seems to be unusually fast this morning.  Now, at this moment, I am having an absokutely unprecendented experience – here on this loveseat, in the very wee hours of the morning, with most of the Tuesday-night world asleep, and with no music anywhere – you are totally dancing under this laptop.  You are roc king back and forth and from side to side.  You are throwing your hands in the air,

which “manly men” never dare to do when they are dancing – throwing them way up into “that invisible homosexual zone.”  You are breating really deep.  You are starting to let out some ;ittle sighs.  Fuck dancing in the car: yeah, that’s really great – and you have been doing that for at least 40 years, in ways that so often drawn stares and laughs and huge appreciation and honking horns.  Yeah, that ‘s great, but right now this feels even better.  it’s not abslitley so great for tbhe accuracy of your typing.  That “absolutelt” is an absol7te hash – you’ve got about five typse to  coreecte in that one.  You know how often and how fully you have been dancing out on the sttreet these days: down on Patton Ave, where that very big youg black guy has been tpotally wounding his two saxes

– where lots of peop;e stpop to dance with him a little, but you started danceing with him half-way down the street and then really cut loose when you got in front of him?  Dancing in line at the coffee shop the other morning – the other patrons smiling and laughing “You go, man!”  Dancing into the smoke shop three weeks ago, when you were still smoking- Erin, the sweet, cute, salt-of theearth cashier with her eyes wide in wonbder – then saying to her other customer, “He keeps me young.” This is it: sex, dcancing – it’s all the same thing.  Reclaimin life – full lief, abundant life.,  Life with no limits.

You have been saying it again and again, “Let ‘er rip!”  So do it, man – let ‘er rip! Don’t hold back now! No matter what time of day…indoors or outdoors…at your command post or someplace you have never been in your life…with your trusty Mexican sidekick Panchita by your sode 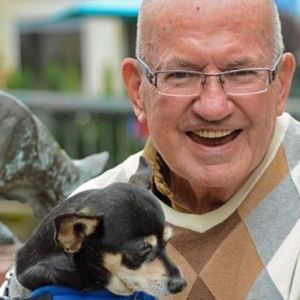 or you here on the love seat and her contentedly sleepig int the bed thinking you are still there by her sidee.  KLeep breathng.  Keep dqancing your laptop.  Ride this wave of sexual life energy as long as it wants to last – then let it go. Let these sentenxces run on as long as they want – with cockamamie punctuation.  Fuck it!  We got no time to worry about that now!  This pparagra-h has grwn impossibly lpnmg.  Look at that crazy word you just wrote – it has no vowels in it!  Fuck it.  Later i can correct it if I want (I really think I won’t want to – will let it stand just the way it is.  Plenty of time later on to do so man y organized, rational, looking-good things.  Right now, dance brother!  As long as this dancing wants to come, ride it out.  Riode thia exteded dance orgsm – hoo, baby, you are coming for a long time!

But what about all this stuff you wre going to “teach’ in this bl0og post: undalini yoga, witholding the prgasm unitl it totally can’t be rsisted – then  totally going where it wants to take you, Bhagwan Shree Rajneesh/Osho…you know – allo that good stuff.

Fuck that stuff – this is the teaching right here.  IOf you are meant to write that stuff in this blog, it will come bacjk again anbd yiu will write it another time. right now, when have you ever before danced sitting on a sofa with a laptop on your lap?  Ri9ght now, this is your gift to yiourself – and to any readers who are still reading, who have not decided  a few minutes ago that this is absolutely the stupiest peice of shit they have ever read.

Hoooey! Starting to get a little tired now – and actually, just now, a little bored with all of this. Still rocking bakc and forth, side to side, but just a little bit.  Now stopped.  Wow, this whole thing has been a 5 Rhytms ecstatic dance, hasn’t it?  (A little more rational thinking sliding back in now – a little analytical description.  That’s cool – now is the time for that.  The dance orgasm is ended.  You are in such a sweet state of satiation.  Nicee poetery, there, bro.  A little analysis, a little poetry.

So alive.  If any of that translated to any readers…if any of them succeeded in going there with you, that’s awesome.

If not, as old Fritz

said in the line that – on the viral posters of your youth so typically got left off the ‘Gestalt prayer’ (wonder if Google will still turn it up for anybody)..the poster ended with “I do my thing…you do your thing…and if by chance we meet it’s beautiful”.  But wise old Fritz wrote one last line that some censor decided was not sweet enough – maybe just a little too real to sell posters: “If not, it can’t be helped.”

I throw my hands in the air in victory and joy and completion: “There, I did it!  I rode that baby out!”  And I know in this moment: “I ai’t goin back and changing nuthin’ – let it be. I will take the one step of adding a disclaimer at the beginning – or not.  If not, it can’t be helped. 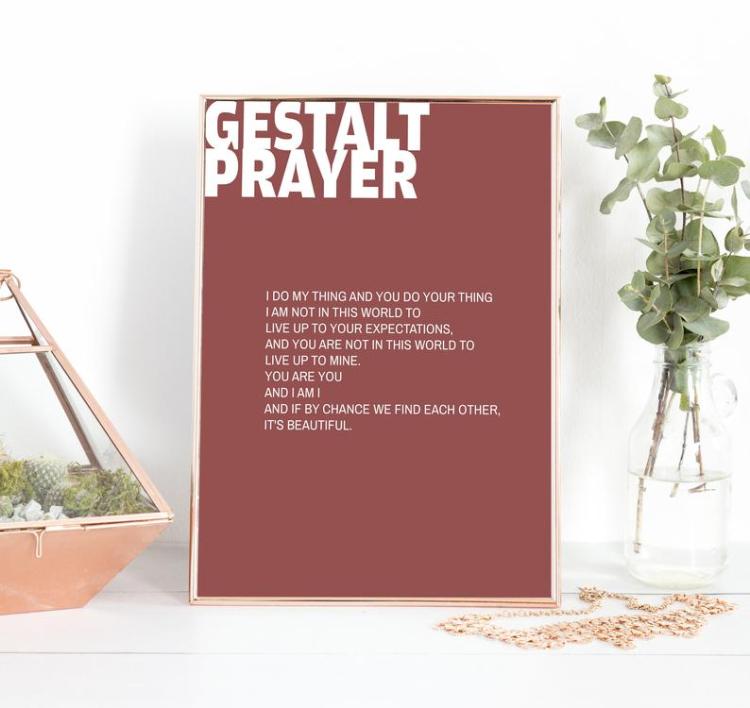 These days all of my identities are converging: whether I am offering a blessing in the grocery store checkout line, offering a prayer in a poem or experiencing the kinship with all life while walking my or a client's dog - it's all the same. It's all Life. View more posts

One thought on “A magic carpet ride…”